Check out this bomb diggity dog popcorn creation...Spritz your popcorn with some spray butter & liberally sprinkle with cinnamon and a bit of sugar. Mix. Repeat. :D 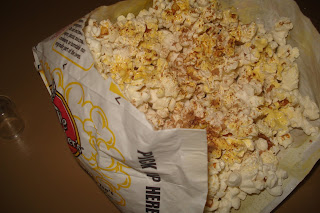 I found these Emmi Caffe Latte drinks at a nearby grocery store for 2/$3 with a $1.00 instore coupon, in addition, so I gave them a try. I've never seen them before! You?! 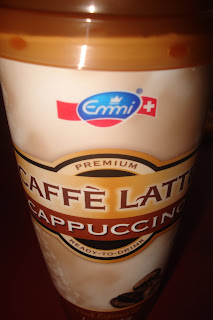 They possess a deliciously rich coffee flavor (yet not so rich that it's bitter) with just a touch of cocoa powder that complements the drink very well. It's also just perfectly sweet and smooth (not overwhelmingly so). 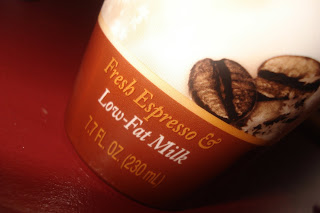 Only 130 calories and 2g of fat in each drink, thanks to the super short and respectable ingredient list! 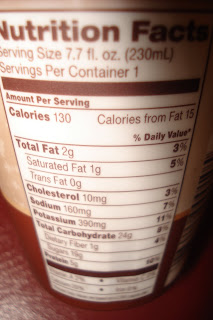 With a snazzzy top, to boot! 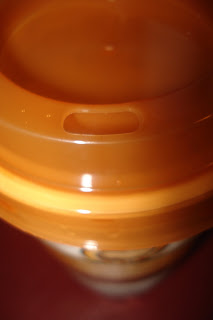 Alrighty, kids (I'm probably younger than about half of you, but we can pretend)...It's Post-Thanksgiving and there is loads of leftovers, especially turkey! What are you doing with yours?
Simple egg white omelet with turkey and broccoli, dressed with gravy. This was so delicious. I'm going to make another one for my parting meal tomorrow morning! 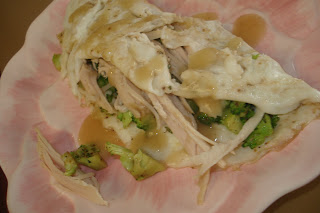 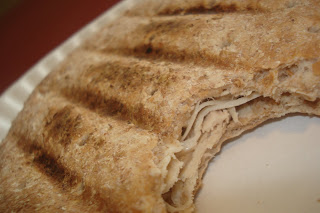 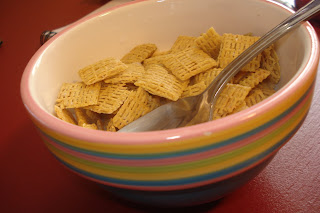 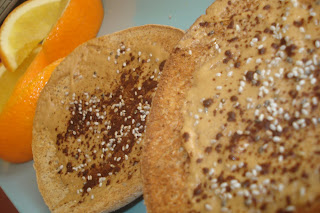 Gingerbread Clif Bar! Yay...I never got around to baking anything these past few days, but this really made me want to bake some little gingerbread men (and women! haha). It was pretty darn good...very strong ginger flavor, surprisingly. 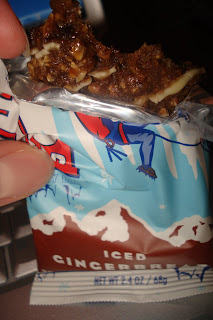 I don't know if this is a new idea or if I have just been hiding under a rock, but Arnie (the stud that we all know and love) makes PHENOMENAL French Toast. Phenomenal. 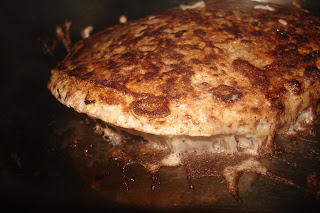 Along with some caramelized bananas...ohh la la! 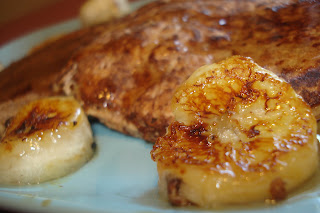 Soak Arnie in Egg Whites dressed up with lots of cinnamon (I accidentally dumped about 1/4 of the container in there...lots is a relative term!) and a dash of sugar. Here's the trick: The longer that you let them soak, the better. The second one that went into the frying pan was much fluffier and less dense than the first one, which I took out of the egg whites too soon. Let them soak for about 15 minutes or so (They will be hard to pick up and get into the frying pan, but all of your efforts will pay off big with a pancake that tastes like you whipped it up from scratch!). 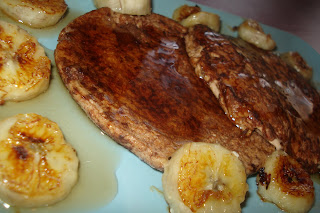 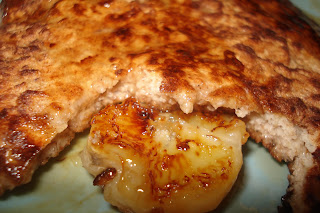 JACKPOTTTT! I went to one of our many grocery stores in town and their markdown freezer section was like a type of foodie heaven. Amy's Pizza for $2.50? Amy's Toaster Pops (Which I have never tried) for $2.00? I'll take 2 boxes! SmartOnes sinful desserts for $1.50?
Yes, Please! I'll have lots of goodies waiting for me when I come back on December 16th!
Let the Countdown Begin!!! 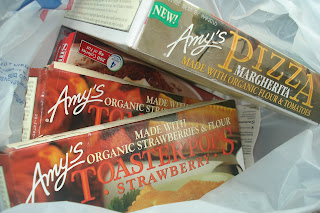 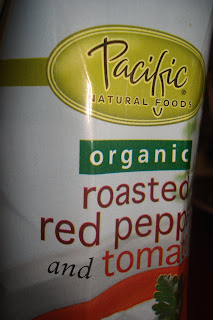 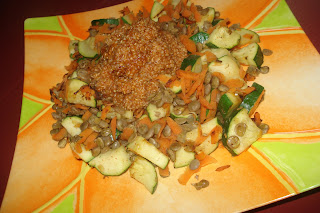 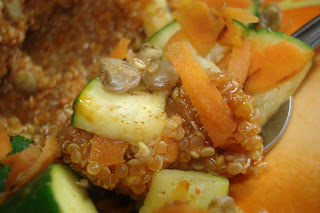 I take off to head back to school tomorrow at Noon...BOOOO! However, I will be headed back home in no time! Let's get these pesky finals over with, why don't we?!
at 2:39 PM