I got home last night from work around 10:30 and my mom and I were FULLY prepared to watch The Next Food Network Star (That and SYTYCD are our two favorites right now!). I have not picked a favorite star, but perhaps after next week, I will have it narrowed down. Who is your favorite? Anyways, after a few games of sequence and a bowl of Cocoa Krispies (we were all out of MY cereal, so I dug into my brother's. When a cereal craving hits....), it was Midnight and time for bed (aka...no time to BLOG)! SOOO here are my eats from yesterday...

I had a Kashi Honey Almond Flax Bar on my way to church. Afterwards, I munched on an apple (and some leftover rutabaga) before heading to the gym for some nice 30 minute weight room action. 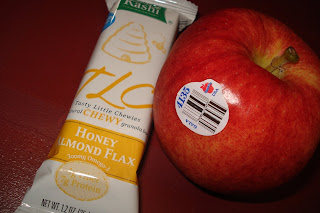 When I got home, I had some carrots and hummus as I prepared lunch. 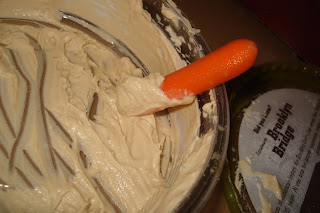 There were quite a few POM Spritzers these past two days...... :D 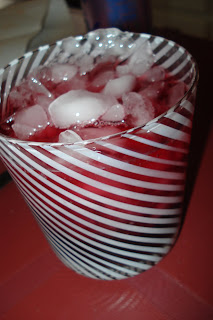 Ian's Fish Sticks over a bed of chopped romaine with a drizzle of ketchup.
Sound wierd?! Well, don't judge it until you have tried it!! 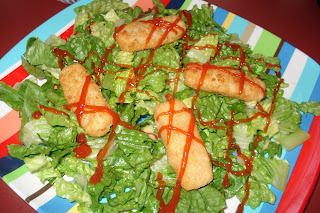 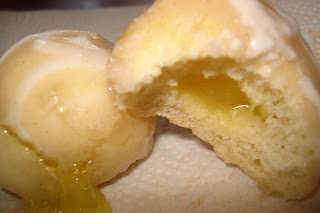 Then, before work, I had a piece of WW bread with crunchy all natural PB! :) 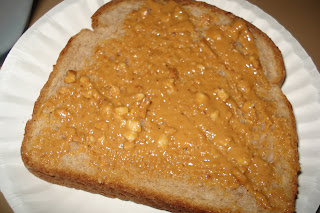 ...A JamFrakas Bar (gosh these things are so flipping good!)... 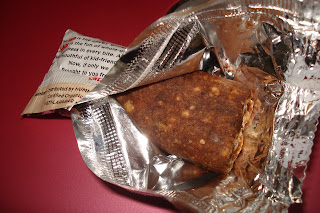 And waaaaaaay too many of these stupid Triscuit Thin Crisps!
Why does my dearest mother buy these?! haha 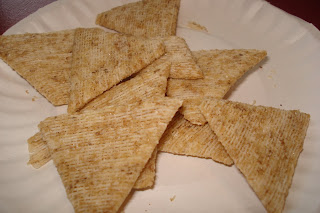 After work, I had a juicy bowl of sliced fruit and the aforementioned bowl of Cocoa Krispies! 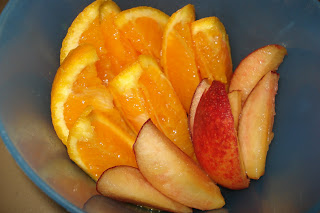 On to today!
After getting ready and moseying around, it was 11AM. I was a bit hungry and not sure whether to make a lunch (which would then make a mess and make my trip to TARGET delayed). Well, of course, that was not my first choice (haha!)...so I grabbed a banana and a Kashi bar and hit the road. I left at 11AM, drove for about 15 minutes and was leaving Target around 1:45. LOL! Browsing the food and clothing (or anything, actually!) at Target with a Starbucks drink in hand describes the perfect day, in my opinion! 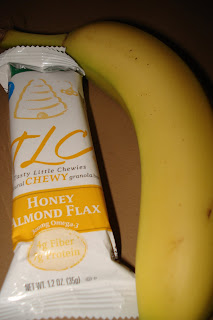 My Starbucks drink of choice was a Grande Mocha Frap. Light! So refreshing. Which, by the way, is MUCH NEEDED because living in TX during the summer is like living in an oven. I can barely walk outside for more than 2 minutes without feeling faint...or on fire. 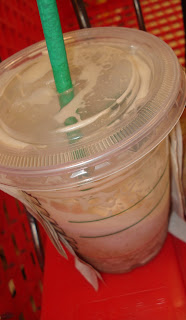 Upon arriving home around 2, I made "lunch" with this surprisingly delicious The Old City Cafe Veggie Burger & Bean Burrito. I randomly found these at Kroger the other day and I think they may rival the famous Amy's Burritos! YUM! 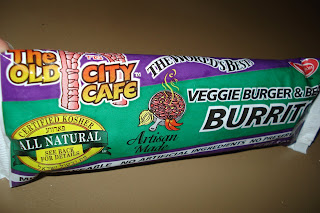 And the Nurtition Profile and Ingredient list are just as stellar as you would expect. 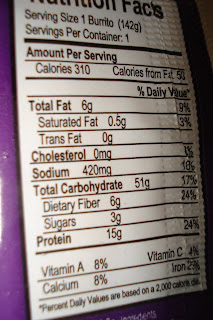 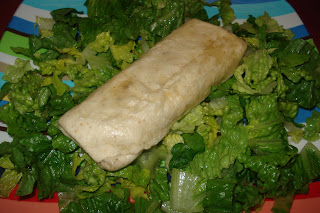 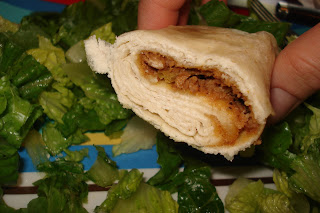 But that was simply the surplus of soft, doughy, delicious whole wheat tortilla that had to be wrapped somewhere...because the remainder of the burrito was STUFFED! It may look unappealing, but believe me when I say that it was delightfully seasoned and had a slight Mexican kick! YUMMMMM! 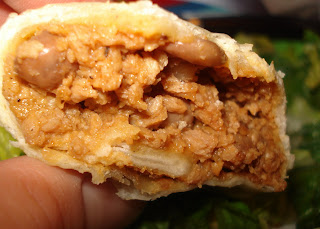 About an hour later, I had dessert in the form of a SCRUMDIDLYUMPTIOUS bar... 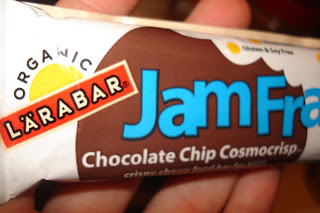 I've got a big checklist to start cracking down on (not to mention a trip to the gym sometime later), so I better get going!
********
But first, I have some Giveaways to fill you in on...
http://lovejackson.blogspot.com/2009/06/envirosax-father-day-giveaway.html
AND.....
http://healthhappinesshope.wordpress.com/2009/06/14/yogadownload-com-giveaway/