No Pudge (or pour)

Santa dropped by my house a little early and placed these brand new kicks on my feet! I just fell in love with these shoes when I saw them and, by having new tennis shoes that aren't from 6th grade, I hope that this will re-light my running spark. I haven't gone running in a month or two for no apparent reason. I ran 20 mins @ 6mph today and it was so empowering! :D

*
This was the quickest thing that I could think of as I was running late for Church Sunday Morning. PB, Strawberries, Arnie. I could have done better...still delish, though! 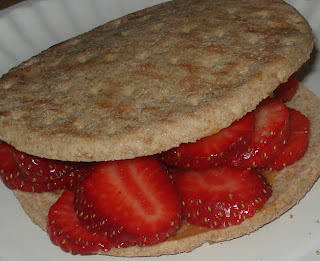 The Coffee Frapp that I grabbed at Starbucks after Church for a little Pre-Shop fuel put this poor little guy to shame! ;) 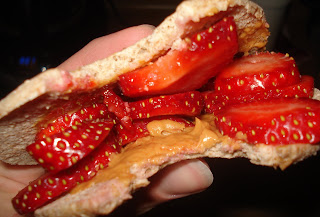 This was fun to eat! The yogurt mixture included: plain yogurt, LOTS of pumpkin pie spice, 1 packet truvia & walnuts. I put the yogurt on the waffles, I put the berries in the yogurt, I ate everything on it's own...Basically, it was my mini breakfast bar.

Tasty Classics Chicken Pomodoro Soup...from CANADA! I was pretty psyched to see this new soup sitting on the shelves, so I picked up Chicken Pomodoro...because I had no clue what it was! haha It tasted like a tortilla soup with that background of spicy flair! I liked it, but didn't like the tough chicken...bleh! I don't usually like the meat in canned soups. Picky?! I guess you could call it that... 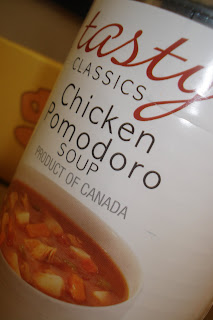 I've been on a lentil/grilled wrap rampage lately... 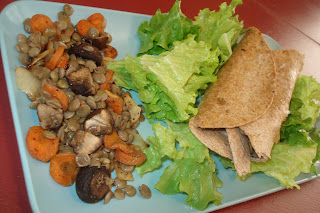 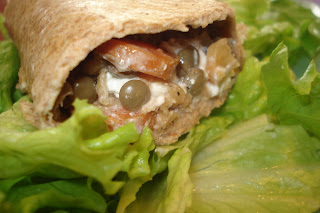 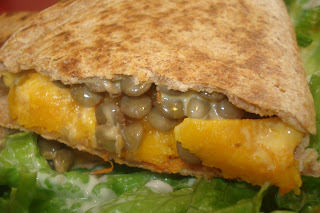 Both of the above are on a bed of lettuce dressed with Annie's Naturals Buttermilk Dressing. My newest obsession. I didn't even think I liked buttermilk. It's so thick you can't even pour it (mayo thickness?!). Well, get it out of that bottle one way or another because when you toss your greens in it, it's phenomenal! 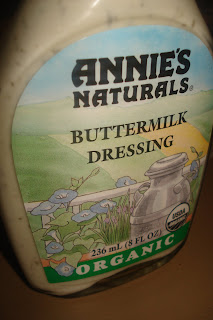 It has a little tang with a creaminess without weighing down the leafy greens.
It's just dreamyyy..... 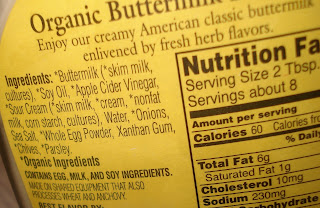 I found a box of No Pudge Brownies on the grocery store markdown rack for ONE DOLLAR! HALLA! I made them into "cupcakes" and mixed in cherry yogurt instead of vanilla. MMM! Paired with some extra creamy whipped cream and butter pecan frozen yogurt studded with candied pecans sent me into a Christmas Dessert Nirvana last night. 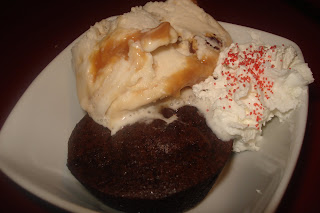